Yes, I’m still alive and kicking and (I hope) everything is on schedule still for the Macclesfield #Twissup on Sat 29th June.

It’s been a tough old month for various reasons and the Twissup has thrown us a few curveballs to deal with, but I think we are finally getting there. Read on…

A few weekends ago I went to spend the day with Mr Jay Kraus at Quantum Brewing to brew the previously announced Blood Orange Pale Ale that was to go with the breakfast pies at our first stop. I had an absolutely great day including a post brew visit to Stockport beer festival, and helping to stave off a less than stealthy invasion of Scotland’s most famous bowler-hatted beer guzzler. 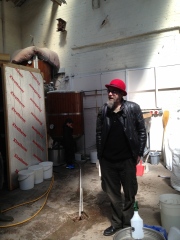 The brew smelt amazing and all was going well, until a week ago when Jay rang to tell me the sad news that the brew had developed some sort of infection and had to be drain poured. Gutted

This left us in the unfortunate position of being too late to brew again or source something unique as we’d hoped especially with the breakfast connection we were hoping for. So, after much ado, we sadly had to accept defeat on the new beer for the Treacle Tap.

However all is not lost, we do have a replacement that I am sure will make you very happy. It’s the latest incarnation of the Marble and Emelisse collaboration brew Earl Grey IPA. If you’ve not had it before, it’s an absolutely beautiful IPA with loads of citrus notes that should get your breakfast off to a flying start, if you have had it before, you already know that…

More bad news I’m afraid, (but trust me, again it gets better) the triple Mckenzie/Kraus/Stronge collaboration brew failed to materialise. Not through want of trying, purely the logistics of diaries.

However, enter stage left Cheshire’s finest Brewster, a Dotty chick by all accounts, who joined forces with Toby at Red Willow to create something amazing featuring this lot ->

I’m led to believe this was just for starters… More news to come on that front in the next few days..

How to empty a brewery in bugger all time pic.twitter.com/guImre2JIs

15,584 bottles of beer bottled today and I didn't have to lift a finger, that's verging on the ridiculous

Despite Toby’s ever so subtle twitter clues, not many folks picked up on the fact that this was something very special indeed.

This is massive well deserved news for Red Willow and hats off to Virgin Trains too for using locally sourced suppliers to service their onboard stores, of course it has obvious benefits to the beer loving rail traveller too as you will as of this coming Saturday be able to sup Red Willow Tilting Ale as you go, proper “train beer”. Launching at Treacle Tap on Friday 21st June it will be on trains the day after.

But there’s more.. Once Virgin learned of Red Willow and Treacle Taps involvement in the Twissup event, they contacted me to offer sponsorship (which sent me into fits of mild panic, “it’s turning into a monster” I thought). I needn’t of worried though as they have been brilliant, offering support to compliment rather than a marketeers takeover. There are a few things in the pipeline but I have managed to secure twissup attendees with a bottle of Tilting Ale for your journey home (train beer). Stay tuned for details on how to get one..

As previously reported Nelson Saison is due in town at The Macc for #isosceles, then it nearly wasn’t after a change of management at the venue. Thankfully, after more than a few tense days we are sorted and the beer is winging it’s way north. 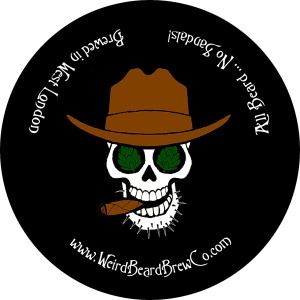 I’m also incredibly excited and proud to be able to announce that Weird Beard are launching the beer on the day, so you’ll get to sample it before it hits the even the countries most exclusive beer establishments, insert really smiley bearded skull image here…

It is with huge pride that I can announce that we have been awarded CAMRA Champion Pub of Cheshire 2013. Thank you all for your support. 😀

What absolutely cracking timing for the twissup, a fine choice by CAMRA and top news for The Wharf, our last but by no means least stop of the #Twissup.

A bloody good boozer run by bloody nice folk. The special one off beer for The Wharf is brewed and will be announced in the coming days, with brewers attending on the day. Chris has his hop rocket primed and ready to go and a beer list to be announced soon, this will be good…

I shall now stop wittering and go to pour myself a nice cold one, having unburdened my befuddled brain of #Isosceles info, keep your peepers peeled though as there are lots more updates to come, including maps and a sort of itinerary..