Weirdly, almost two years to the day, something happened that would in time, go on change my life’s path completely. I don’t want to dwell on it too much as it led to some very tough times and hard battles, but lets just say that it involved too many straws, a camel, and it most definitely gave me the hump! 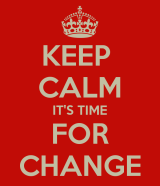 Thankfully those days are long gone, but towards the end of that last road I started to think it was time to make a break and move on, but what could I do?

Beer seemed the most logical answer, not drinking it, although clearly that helped, but a career within the industry would at least give me a chance to do something I know a little about and would hopefully enjoy.

I suppose I could have gone out and hawked a CV around breweries, beer distributors or whatever in the hope that somebody had a vacancy, but the thought of knocking on doors of friends, saying “giz a job, I can do that”, didn’t really feel appropriate. Besides, I have always harboured a dream of doing something for myself and this seemed like an opportunity to take that leap of faith and do just that. So with that in mind, the help, love and patience of the wife and the gentle nudge/shove of some reassuring friends and family, I started to look at opening a specialist beer shop.

Location was a tricky one. For several years I have wished and pushed for more choice in my home city Stoke On Trent, which for a long time seemed to be being left behind in terms of the new trends sweeping most of the country. In more recent times though that has changed, Stoke now has quite a few establishments who are prepared to push the boundaries of choice for something “less traditional” shall we say, with more and more opening month on month. With this in mind it made sense to us to stay local, where we knew there is a growing interest and we have friends to help us get started, so we opted for Burslem, Stoke’s “Mother Town”.

Thoughts then turned to a name, I decided I wanted something different from the traditional type names, thought-provoking even, be that in a knowing smile or a “what the bleedin’ hell does that mean” sort of way. A memorable name that hopefully would get folk talking, although I may live to regret that having already had to explain it to banks, insurers, council staff and many more.

As I wrote a couple of days ago, many people have inspired me to write over the years but from that great bunch of people, nobody made me laugh as much as Simon Johnson, the Reluctant Scooper. He could take a serious subject or equally a nonsensical argument and come up with something witty whilst still getting a point across, be that in a simple tweet or a full-blown blog post. Although Simon passed away in 2013, I still find myself returning to his blog time and again, a memory stirs from somewhere that has me reaching into cyberspace to find the post I’m looking for and it is inevitably one of his.

It was at such a moment that inspiration for the name came to me, although clearly not the credit. The question, “What to me encapsulates the new and exciting buzz that is gripping the beer world, without actually using the words craft?” For the answer, my mind immediately turned to the words of Simon’s “Craft Beer Manifesto” specifically the use of “distilled otters tears”!

If you’ve not read it, do it now, the link is above and perhaps linger awhile. Basically it was a tongue in cheek dig at those waging a war of words back then, over what was or was not craft beer. Nothing much has changed of course in terms of defining the C word, but the words of wisdom in Simon’s manifesto clearly tickled me enough to make it commit to memory, so Otters Tears it was. 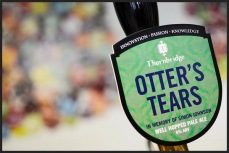 Of course that was only the beginning, the name existed already, as a brew created by Thornbridge and the IndyMan crew as a fitting tribute to Simon and of course there was Rebecca Johnson, Simons wife to think of too, how would they all take to the idea?

Apprehensively approaching the brewers first, thankfully I found my nervousness unfounded as the powers that be at both Thornbridge and IndyMan were equally supportive of the idea and gave their blessing gladly. Rebecca however, found me out before I got the chance to show her what we were planning to do. This tweet setting my heart racing I can tell you..

I googled Otters Tears (wondering if we can get any for @simonhjohnson's birthday in November) and found Otters Tears Beer Company?!

That’ll teach me to stop putting things off! 😉

When we caught up the following morning Rebecca, was happy, sad, moved, ecstatic, emotionally joyful at the prospect if I’ve summed that up correctly, and loves the support and continuing friendship of her “beer family”. We’ve had lots of little DM chats since then and I’m delighted that she is as excited as we are at the prospect. I just hope we can do it justice, one thing is assured, we will try our best.

We sincerely hope that you guys out there in the beer world are on board and get it too.

So, the wheels are now fully in motion. We have found a small starter unit in Burslem that will need a lot of creative TLC to get it looking something like my vision. Our hope is that we can create a place where you can find the best beers around, then either take them away or sample some on site in a relaxing atmosphere. Nothing groundbreaking these days about that concept I know, as many similar places exist, but that only proves that it can and does work.

Our logo was designed by Andy Mogg and his ever patient team at Lemon Top, who after many interventions and changes of heart from me, managed to capture what was in my head and bring it to life. I really like it and hope you do too. (Cheers Andy)

*Disclaimer: No comedy otters were used in the making of this branding..

We don’t have a Facebook page set up as yet, it will be coming soon, but you can catch up with us on Twitter via @otterstears

More news as things develop and time allows during the hard  work that lies ahead. For now though I’d like to thank everyone who has listened patiently to me wittering on about this for yonks, you’ve answered daft questions, given me endless amounts of much needed advice, listened to my moans and groans and no doubt those daft questions again. No names mentioned (yet), much love to you all though.

10 thoughts on “Now for something completely different…”