This post is unashamedly aimed at people in Staffordshire and the surrounding areas, but please check it out even if that doesn’t apply. There are still some fantastic beer reviews on show (although I hasten to add, not from myself). I will say from the outset though that I have no connection (financial or otherwise) with either brewery or store. I just think they are both fantastic and hope you will too, if you give them a try.

Brown and Green are folks that in their own words are “passionate about providing you with great local, ethical and artisan food and drink which we have selected personally with care“. I know this to be true as I’ve experienced it first hand. I met the guys at B&G properly for the first time at an event they held with Brad and Viv at the fantastic Lymestone Brewery. 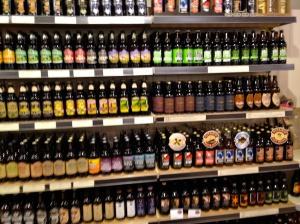 Anyway, as the evening went on and the Lymestone brews flowed, I took the opportunity to tell them about a range of new beers that I’d heard about from the then newly established Buxton Brewery, knowing that they were keen to stock local beers from local brewers.

Anyway to cut a long story short, within a few weeks they had duly arrived at the Trentham store as a new addition to the established beer section and ever since dashing up excitedly to buy and taste them myself, clearly then seeing what all the fuss was about, I became a massive fan.

Now I’ve read loads of posts and video reviews about Buxton beers and Axe Edge in particular, not one bad report at all and quite a few copied as links below for your perusal.

As such I am not going to reinvent the wheel and wax lyrical with a review of my own here. I was compelled though to write this blog post after watching this video review made by Simon at the Real Ale Guide. It just reminded me of how I reacted when I first tasted Axe Edge (and every time I have since).. 😉

All the Buxton range are brilliant in my opinion but Axe Edge sits head and shoulders above the rest it’s phenomenal. They do stock a good range of Buxton beers at Brown and Green but if you are trying one, try Axe Edge.

Don’t just take my word for it though check these reviews..

Dave from Broadford Brewer talks about Axe Edge and the Buxton range – “It was Axe Edge that introduced me to their beer, which is probably a little unusual as I would guess that a standard bitter or pale ale would usually be the first beer you might try as a way of introduction, followed by specialty beers or stronger niche varieties like the Double IPA.  For it’s mighty 6.8% it does not wield any destructive sharp edges, it is smooth and rounded and delivers more of a pleasant bludgeoning.  In short, I love it and its complex flavours and it goes straight onto my list of ‘beers of the year’.” Read more here…

Note: Dave’s blog page has moved since the above review, for new posts see here:

Eating Isn’t Cheating  – “These Buxton beers do something very difficult. They are both complex and hugely drinkable. You can concentrate and enjoy the depth of flavour, or simply sit back, drink them and enjoy. Which is exactly what I’ll be doing with the next bottle of either of these little lovelies.” Read more here…

Leigh at The Good Stuff (talks about the Buxton range) – “This is my first set of Buxton Ales, and they’ve really been a pleasure to drink. As a person, I like the juxtapostition of complex flavours, but carried out well so that each element stands out; Buxton certainly tick that box. Easy drinking, light beers with complex noses are the way to go with Pale Ale, and Axe Edge and Moor Top will probably go on to do great things.” Read more here..

Note: Leigh’s blog page has moved since the above review, for new posts see here:

A Swift One – “This is a 6.8% double IPA. Not for the faint hearted, it is just crammed with hop flavours from the selection used. How can a beer with nelson sauvin, citra and amarillo hops not be full of diverse and interesting fruit flavours, there is everything there, from orange to pineapple to lychees. A real classic beer.” Read more here…

Zak Avery (beer writer and owner of Beerritz) blog on Are You Tasting The Pith, talks about Moor Top – “Of the four beers in the boot, it’s not the never-ordinary, ever-dazzling Thornbridge beer that I’m excited about, nor the soon-to-be-crowned-classic Ilkley Mary Jane, but the Buxton Moor Top. I can’t think of a beer that is more of the moment than this one. Pale, low %abv, but absolutely stuffed full of hop character, it’s at once both no-nonsense and spectacular.” Read more here..

So it’s a big thanks to Brown & Green from me for doing what they do best, stock great local produce from equally great producers. Please pay them a visit, not just for Buxton, the rest of the local beer range is brilliant and it’s a foodies paradise too. BONUS!

If I’ve helped drive you there don’t forget to tell them Phil from Beersay sent you, you never know it may get me a few Brownie (and Greenie) points..  😉

To your every day regular beer drinker tomorrow, Saturday 1st October 2011, will be no doubt as any other, it will come and go and Saturday night drinking will be no doubt unremarkable. You will buy your regular pint, grab your normal change and carry on regardless.

But to anyone who likes something a little different, something special, like a Belgian Trappist, an Imperial IPA or Stout, or basically anything “speciality” of higher strength though it’s going to be a bad day at black rock… 😦

All because of government legislation passed late last year, weakly excused as a way to cut down on binge drinking and the Tennants Super or Special Brew street drinking brigade:

Changes to the beer duty regime – The review of alcohol taxation in November 2010 announced measures to encourage the consumption of lower strength beers. The Government will introduce a new additional duty on beers over 7.5 per cent alcohol by volume (abv) in strength at a rate of 25 per cent of general beer duty. This will add 25 pence to the price of a can of “super strength” lager.

A reduced rate of 50 per cent of general beer duty will be introduced for beers of 2.8 per cent abv or below and above 1.2 per cent abv in strength. This will reduce the price of a pint of beer at 2.8 per cent abv by 18 pence. These changes will come into effect from 1 October 2011. (Finance Bill 2011)

There have been a few debates flying around as the day of reckoning approaches, some

supporting the change, some dead against as put so very well on Ghost Drinkers blog (to whom I owe homage as to the main influence to put finger to keyboard here) and finally some with complete indifference.

The thing is though regardless of which side of the camp you are on, should we just accept it, let it pass unremarked? After all it’s high strength now, but what’s next???

OK, I concede that generally most folk don’t drink beer of 7.5% regularly or should I say all the time.

When I go to the pub I’ll drink a 3.5% session bitter, mild or pale ale without issue as long as it’s tasty and refreshing. But sometimes at last orders or maybe midweek sitting at home or even when I just fancy something special, it’s usually the opposite. At these moments I want a beer to knock my socks off, not just in terms of alcoholic strength, I want depth and complexity of flavour too, something to savour.. 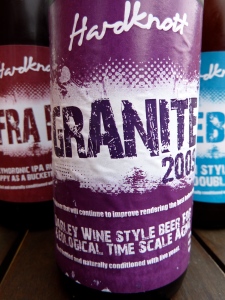 There is an argument that if you are affluent enough to afford such luxuries, then you shouldn’t mind paying an extra 50p here and there for the privilege.

I say “I pay quite enough thank you” and in doing so help the British brewing and beer industries. Even if it’s a foreign import I still do my bit for the economy in terms of trade and duties too.

On the flip side though there is another side to that argument, what if you are not in a position to afford them, or can afford them rarely. Surely this will drive more people away and make them difficult for our beer establishments to stock, just when good beer is suddenly an exciting industry again with brewers trying more and more to tempt our palates with exotic tasty brews. 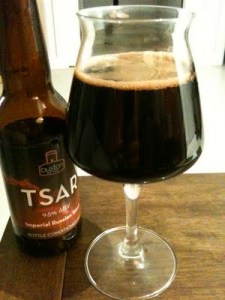 So to make my own personal stand I’ve written to my MP to express my discontent and ask a few questions.

I understand that in the grand scheme of things it may be a feeble, pointless exersize. I’m sure too that many of you could have put it a lot more eloquently than I, plus no doubt have included some inside industry insight, but it’s my point and at least it’s said..

I’ve copied a link to it below, it may draw scorn from some quarters (although I hope not), I really hope it drives debate and discussion. But most of all I hope it drives you to do likewise and let the powers that be know you are not happy.

It’s easy to do and can be as short and direct or long winded and detailed as you like, just click HERE, type your postcode and your MP’s contact details will appear with a link allowing you to say your piece..

Whatever you do, find out when your local retailer be it pub, supermarket or specialist beer store is putting up the prices and fill your boots. Lets make this not just a party as Ghost Drinker suggests, make it a full week of indulgence..

You can read my letter by following this link!